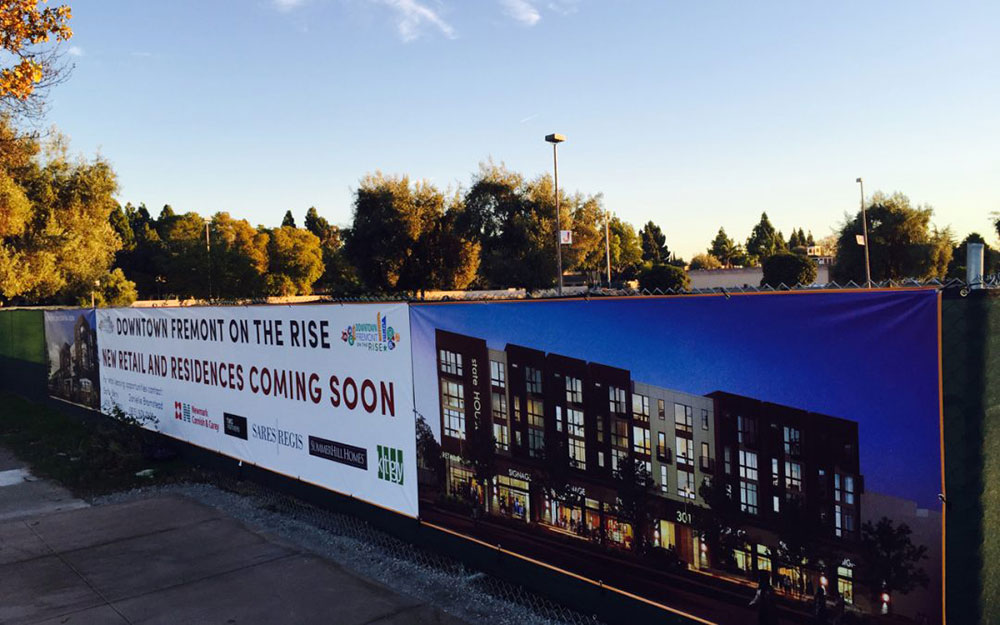 In 1956, five townships came together to form Fremont, California. Sixty years later, the City is becoming more of an urban place than a suburb, especially with an additional new transit station and associated development. However, the City has lacked a central place, or downtown, to bring everyone together. In fact, the center of the City is walking distance from an existing local BART (Bay Area Rapid Transit) station, but the land has historically been underutilized, filled with large surface parking lots and underused retail shopping centers. However, after years of planning, the possibility of a Downtown Fremont CA is emerging.

Because land development does not occur in a vacuum, many factors have come together over the years to breathe life into the construction of a Downtown District that previously existed only in drawings and site plans. The planned downtown encompasses 110 acres located within the City Center, and will bring an urban vibe of mixed-use development to a city that has traditionally been a low-density, vehicular-oriented suburb. There is a significant degree of flexibility within the land-use scheme, in particular for ground-floor space, to accommodate different kinds of buildings that adapt well to various uses and market conditions.

Ultimately, a Downtown District is an important economic investment for the City of Fremont, whose daytime employment population within a 1-mile radius is 15,000, and within a 3-mile radius, consists of more than 50,000 employees. Here are a few reasons for the Downtown Fremont Community Plan:

Updates of “Downtown Fremont–On the Rise” include the first public investment, the Capitol Avenue Streetscape, which has become a pedestrian-friendly area, complete with benches and artwork. The extension and streetscape improvements of Capitol Avenue have already finished, which creates “a central spine for the district” by “connecting existing retail with existing transit service.” It will eventually become the retail “Main Street” of the Downtown by 2017.

Fremont is also investing in a brand new Civic Center, consisting of a community center and plaza, and the first phase will begin construction by 2016. Assistant City Manager Jessica von Borck spoke about development activities and said that Fremont “is trying to create an indoor-outdoor public realm space that will be transparent and fluid for our community–a place for folks to gather and really celebrate being in Fremont.”

The Fremont Downtown Community Planstates that “The City intends to reward new developments that adhere to Plan goals and guidelines with streamlined approval processes,” especially to make development in the early years “both economically feasible but also highly desirable.” To position the Downtown District as a priority area for development, the City is offering the following incentives:

Development does not occur in a vacuum, but when the right forces come together, just as when Fremont came together into one city from five separate townships. As the Bay Area changes, so the City adapts to meet the needs of its residents. Landtech Consultants, which has been located in central Fremont for over twenty years, is excited to see the Downtown Fremont CA District emerge.