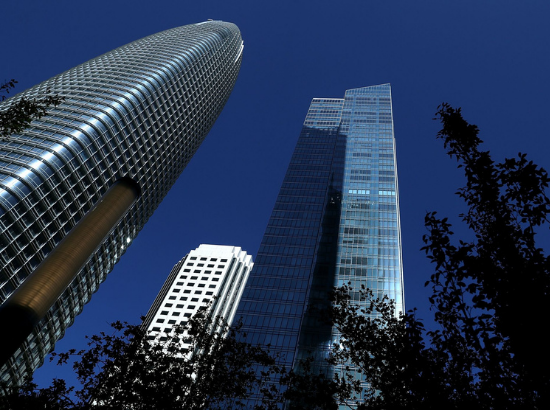 Leaning and sinking Millennium Tower has confounded engineers, city officials, and its residents a few years after it was completed in 2009.

At 301 Mission Street stands Millennium Tower. A 650-foot-tall 58 story building over a five-story deep subterranean garage. It’s a high-end mixed use primarily as a residential building situated in a highly desirable neighborhood in close proximity to San Francisco’s bustling financial district. A tall slender building constructed of reinforced concrete with post-tension flat slab floors, the structure is founded in deep alluvial soil most commonly referred to as “Bay Mud.” With bedrock as deep as 200 feet below ground, the designers of the building worked hard at trying to come up with a foundation system that is not overly expensive and in theory would carry the building with predictable settlement. Foundation piles were driven deep into the soil and intended to densify the underlying soil enough to adequately support the building yet not deep enough to get to bedrock.

Year after year since the structure was completed, settlement and tilting of the building occurred and kept progressing so much as it measures today at about 14″ of downward settlement and another 14″ of tilt.

An extensive geotechnical analysis of this settlement was conducted by a team of engineers revealing that this settlement and tilt is expected to continue over the life of the structure. However, this is not to say that the structure in its present condition may not be stable in the event of a significant seismic event.

As to be expected, the problem became the subject of litigation and the City of San Francisco Building Department threatened to deem the building unsafe. Under terms of a negotiated settlement, the developer retained a prominent structural engineering firm to design and develop plans to retrofit the building. An interesting design concept was developed that proposes to shore the building only on one side by the use of 52 cased drilled piles that are installed at a depth of 250 feet into the underlying bedrock. The piles are to be fitted with hydraulic jacks so that the building can be lifted to correct the tilt to the extent possible. It is anticipated that such a foundation system would fully stabilize the building. Although this solution appears to be an effective design on paper and through sophisticated computer modeling, only time will tell if the designer’s vision is realized.

Since the writing of this article, new developments have occurred that we feel compelled to report on. Evidently the proposed fix, while under construction in the last year, has exacerbated the settlement and tower tilt. In the process of installing the piles described above, movement in the building accelerated due to disturbing the soil (Bay Mud)  that the building is supported on. As is reported by the monitoring engineers, and as of October 2021,  over 22.5 inches of building tilt and 18″ of sinking have been recorded. Alarmed by such accelerated movement, City of San Francisco building officials ordered a halt to the construction.

New plans have been drawn up that show a marked reduction in the number of piles proposed for the fix. The originally proposed 52 pile count have now been reduced to 18 to 24 piles. Allegedly this would minimize the disturbance of the underlying soils so that the work can proceed with more control on the building movement. Still some observing engineers are critical of the proposed fix. Concern is being expressed about the effect of the new piles reaction loading on the existing foundation. Upon the application of the substantial jacking forces on the existing building foundation to arrest the tilt and reverse part of the tilt, it is feared that irreparable damage to the existing foundation could occur that may be impossible to fix.