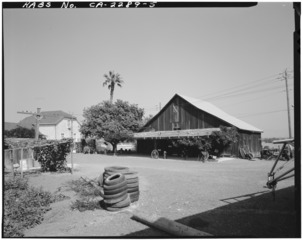 Today, a gateway to the greater Silicon Valley, the City looks much different and is the center of new transit-oriented development that is transforming the region. In fact, East Bay development is changing the entire Bay Area as we strive to meet the needs of people in a housing shortage while remaining committed to green and sustainable building. Developers are bound to meet obstacles because there are many stakeholders involved, and the project must fulfill economic, legal, and community obligations. How does one balance business interests with those of the community, such as the mandates for affordable housing or any neighborhood objections to East Bay development? In my experience, it’s best to listen to all sides and find creative ways to balance the seemingly opposing interests of project profitability, the neighborhood, the City, and the community-at-large.

A few months ago, a developer and community activists seemed to be pitted against each other over an approved 126-unit residential tower project to be built in the East Bay’s Downtown Oakland. Bay Development faced criticism because the planned tower would block views of an adjacent mural and impact a neighboring arts center. The building’s story could have ended before it began– the City Council was scheduled to hear an appeal of the project’s approval. Instead, the developer listened to concerns and negotiations were mediated by the City Council president. Bay Development agreed to pay $100,000 to replace the mural (subsidized with $40,000 in public funds) and another $160,00 for renovations to the arts center. It is rare to have a market-rate project subject to such demands, but in this case, the developer recognized the need for community and cultural benefits and was able to compromise with the activists. Though the hundreds of thousands of dollars in concessions seems to be a loss for the developer, ultimately, the project is moving forward and is an example of people working together to balance their interests.

Sometimes, the stories of East Bay development end well, and other times, the projects become stalled for what can seem like an eternity. The latter may be the case for a proposed high-density apartment complex to be built on the site of Fremont’s last farm, though it’s still a great example of people working together. In March of this year, the developer Carmel Partners revised its plans for the second time after facing initial objections from the neighborhood last November. The Walnut Avenue apartments–a complex to be located in the heart of Fremont’s up-and-coming downtown district and walking distance from a transit station–was the subject of contentious debate by neighboring residents, who said the project had inadequate parking and was too dense and tall. What’s interesting is that in this situation, the developer was in line with the City of Fremont’s interest for high-density housing within a transit area, and their original proposal abided by the City’s maximum zoning of 70 units per acre. But, because of resident objections, the developer reduced the proposed number of 882 apartment units down to 670. Neighbors also stated that the tall buildings would block the view of the Fremont Hills, and so the developer lowered the height of the planned buildings from four- and five-story heights to three- and four-stories. Again, though the concessions may seem like a loss for the developer, ultimately, they expressed the desire to be “good neighbors,” and ultimately, this neighborly spirit is what drives projects to completion.

A discussion of East Bay development would be lacking without the mention of six major projects that are being planned and will probably change the face of the entire region. These six huge projects include the following:

A great example of East Bay development that provides many public benefits is Oakland’s Brooklyn Basin Project. Plans have already been filed by Signature Development Group for the first building in the 65-acre planned urban infill community to be located on former brownfield property that was closed to the public. The project will provide public benefits like affordable housing and 32 acres of parks and marinas. About 3,100 housing units will be built, providing much-needed housing in a city where rents have been dramatically increasing. There will also be 200,000 square feet of retail, including a grocery store for an underserved area.

Perhaps the example of the most profitable of the six projects is the Concord Naval Base Redevelopment. This multibillion dollar real estate project has been in the works since 2002 and will be one of the largest and most expensive redevelopments in the Bay Area. The 2200-acre former naval base may eventually have six million square feet of commercial real estate and 12,000 new homes. Such a profitable project was highly sought after, and there was some drama in the story of who won the project. Two weeks before the City Council’s vote, Catellus Development Corp. dropped out of the running and accused Lennar Urban of inappropriate lobbying of a council member. Then in April 2016, the City Council delayed choosing the only developer left, Lennar, because of some unanswered questions, such as how much affordable housing would be included, and questions about mitigation of increased traffic and revenue sharing plans. Finally, Lennar Urban was unanimously chosen as the developer of the first 500 acres of the former base. As the master developer, they are expected to generate $6 billion. But, even though the business interests of the project were met, the needs of the community were just as important for the project to proceed.

As a civil engineer located in Fremont, the transformation project of Warm Springs is especially interesting to me. It is also one of the best examples of East Bay development where people have worked together to make it happen. I remember when the old General Motors auto plant was located there. Now, Tesla is operating out of the old factory and the entire industrial region is becoming a transit-oriented innovation district next to the new Warm Springs BART station. Eventually, the mixed-use area is planned to hold 20,000 jobs and 4,000 new residential units. The plans for this area have been years in the making, and the City has worked alongside the developers to bring it to reality. The interests of the neighborhood have been heard at numerous council meetings, and the interests of the community-at-large have also been considered. The greater Bay Area will benefit from the new residences that will be set aside for affordable housing and from the new transit-accessible retail and employment centers. From my experience, it’s a great example of East Bay development and if all stakeholders work together to balance their interests, we’ll be able to move forward on other sustainable and profitable projects that will help the Bay Area thrive.