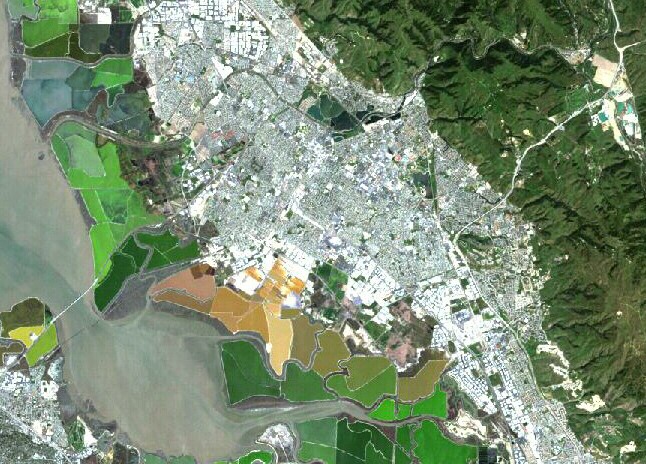 South Fremont, Calif., also known as the Warm Springs District, is one of the few unique places  in the Bay Area with available land for commercial use, especially for research and development, or R&D projects. It is characterized by a few large vacant parcels of land, and underutilized land, but is also home to advanced manufacturing companies and R&D companies such as Tesla Motors and Thermo Fisher Scientific.

However, as might be expected for development in the heart of the Bay Area, a thorough project planner would need to consider the regulatory issues and site constraints during the initial project investigation. Among these critical issues, at least three essential questions should be answered:

Warm Spring’s, or South Fremont’s, land-use policies are guided by a City leadership vision for a well planned mixed-use district, or a mix of commercial-related uses as well as residential uses. The City’s goal is to promote the development of a vibrant community with a mindful focus on a sustainable future.

Fremont’s land history was defined by its agricultural past and location in the southeastern portion of the Bay Area. It has evolved from an agricultural community to a diverse city with land uses including housing, open space, industry, and commerce. It is a large city that stretches about 90 square miles, but over half of this area is located in the Hills, Baylands, or Bay, and is wisely designated as open space. The remaining portion of the City, although  largely developed, is interspersed with few large parcels of vacant underutilized land. Therefore, development in Fremont over the next 20-25 years will largely consist of infill projects on under-utilized parcels in areas planned for redevelopment.

The Warm Spring District’s Community Plan contains planning areas that specify the locations and boundaries of various land use mixes and intensities according to transit proximity, adjoining uses, and the desired types of development in that particular location. There are eight land uses such as Industrial, Research & Development, or Residential that embody the desired mix of uses (Mix A to Mix D). For example, Mix A allows for industrial and R&D use to provide for the optimum setting of advanced manufacturing, production, and research. The City of Fremont’s General Plan guides overall land development decisions for the City and includes elements such as sustainability, community character, and economic development. Ultimately, the City will be looking to implement land-use policies that optimize the remaining development potential for well-planned growth on underutilized land according to the overall Bay Area mass transit plan.

Along with the eight land uses mentioned above for the Warm Springs Community Plan, there are land use standards and factors that establish baseline minimum and maximum development and parking standards to meet regional and City goals. These land use standards include minimum site area, maximum parking, and minimum building intensity.

The General Plan and the Warm Springs / South Fremont Community  Plan designate where new growth, infill, or redevelopment can occur, and by understanding the nuances of the desired and permitted uses for a specific piece of land, the successful project planner can make a more informed decision about a given project’s feasibility.

As is common practice, before a land developer acquires a piece of property, one of the first due diligence tasks is to determine whether the land has adequate infrastructure to serve the envisioned project. Infrastructure includes roadways, facilities, and utilities for site service. Infill site development may be as challenging and sometimes more challenging than developing on vacant land because of site-constraints. Redevelopment of previously improved land, in addition to being burdened with the hard costs of demolition, may be also burdened with far-reaching issues related to impact to surrounding uses and possible environmental constraints.

In many instances what appears to be adequate infrastructure on the surface, may prove to be inadequate upon a more detailed investigation of the site. For example, if the planned facility creates more traffic that could adversely impact the neighboring facilities, then a traffic study and possible mitigating street improvements must be considered for the project.

By and large, local governments in the Bay Area and Fremont specifically have allocated significant resources to planning and studies of specific areas that they are interested in redeveloping. As such, and as is typical of areas within Specific or Community Plans, a wealth of information is usually available for a project developer to assist with a specific site investigation. However, relying on readily available information, may in some instances fall short of formulating a full understanding of the infrastructure needs for a specific project. In short, a comprehensive site study that looks deeper into the needs of a given project is an absolute necessity for a successful feasibility analysis of a particular project.

For sites that fall within a Community Plan, the local government as part of the planning process would conduct a general Environmental Study of the lands within the plan. In certain cases however, a specific project may still warrant additional environmental studies per the California Environmental Quality Act (CEQA).

It is important to note that a CEQA study is not simply limited to environmental impact issues involving the obvious environmental issues such wildlife, birds and other biological or ecological resources, but also includes any potential impact of the project on the community. Such impacts may include, to name a few, issues such as traffic, water resources, pollution, noise, cultural resources, historic character and any issue that impacts the community at large. An environmental study of such a general nature must involve a public process in the form on an Environmental Impact Report (EIR) process.

It is likely that projects that fit the uses within a well-developed community plan will not require an EIR, because such a study would have been done as part of the planning process. But certain limited studies of specific issues of concern may be required. Such limited studies are administrative in nature and are done at the staff level.

Within 5 years, the Warm Springs District of Fremont, CA should have much of the planned public infrastructure in place, with a new transit station and residential communities occupying the area. Within 10 years, the Warm Springs area will be even better developed, with supportive retail and hotel establishments and renovation, expansion, and new construction in the older industrial areas. Finally, by the year 2035, the City hopes South Fremont to have a rejuvenated industrial section and be fully urbanized with new office buildings and users, and advanced R&D and manufacturing companies. Because of its special geographic and strategic location, the area is an ideal place for technology and research and development companies to locate.