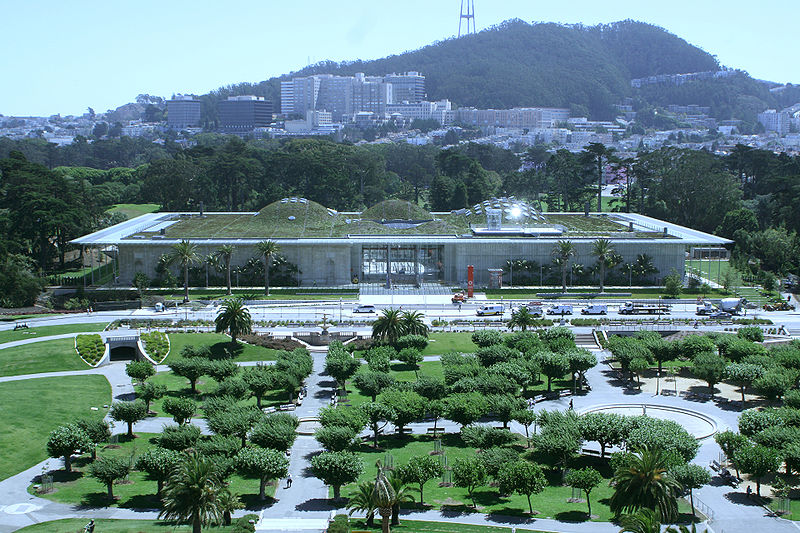 When you think of sustainable development in the California Bay Area, you may think of CEQA, solar panels, and environmentally-friendly hipsters, but green roofs will probably not come to mind. Though San Francisco has some green infrastructure projects, the Bay Area region lags behind areas such as Washington, D.C., which led the country in 2012 with 1.2 million square feet of new green roofs. There are grand exceptions like Facebook’s newest campus in the Bay Area that contains a gigantic roof garden complete with trees, walkways, and sitting areas, or the living roof of the California Academy of Sciences. But is it worth investing in a green roof when building in the Bay Area? First, let’s look at the potential benefits of green roofing.

Benefits of Green Roofs for California

Beautiful green roofs are more than just aesthetically pleasing. For example, the living roof atop San Francisco’s California Academy of Sciences is made up of 50,000 porous vegetation trays that house an estimated 1.7 million plants, and in turn provide a home for local wildlife such as birds, insects, and other creatures. The green roof also reduces the energy needs for heating and cooling the Academy. Environmentally-responsible owners of many green-roofed buildings enjoy similar benefits such as the following:

You are likely aware of the many benefits that green roofs hold for every city, including cleaner air and water, greener spaces, and healthier communities. For example, the Academy’s green roof captures 100 percent of excess stormwater, thus preventing pollutants in the runoff from getting into the ecosystem. In general, green roofs offer many environmental benefits, including the following:

As mentioned above, some critical benefits that green roofs can provide a drought-stricken California is their ability to harvest water and slow down stormwater runoff. There will be an initial investment the first couple years to irrigate the green roof. However, a rainwater harvesting system built in conjunction with the green roof can divert runoff into tanks for storage, flushing, or irrigation. Now let’s take a look at the challenges presented by green roofs.

Challenges of Green Roofs in California

A green roof changes the construction and maintenance of a building. Once you introduce a green roof, standards for regular maintenance go up, and waterproofing is especially critical to ensure against leaks. Other wholesale failures include soil erosion, poor drainage, and slope instability.

Since a proposed green roof would need saturated soil placed at roof level, significant added weight must be supported by a given building. In seismic zones such as the Bay Area added roof level (top heavy) weights also create a challenge for structural seismic design. All told, when planning a green roof, a significant increase in structural construction cost is to be expected.

Last but not least, a green roof will be more expensive than a regular roof, and a thorough cost-benefit analysis would have to be conducted during the planning stages. Some of the cost implications for green roofs include the following:

To meet the challenge of the high costs of green roofs and other green infrastructure while dealing with increased stormwater pollution, some cities such as Washington, D.C. have set up a green infrastructure marketplace. Property owners who have green roofs, rain gardens, etc. receive credits they can sell to others who need to offset runoff from their developments. This system is also designed to increase water collection, which would be a great benefit for California. There have not been any general economic incentives for commercial businesses to reduce water usage, but it’s likely in the future that larger consumers of water resources will have to pay more. With the possibility of water rationing, green roofs become more economically appealing for commercial developments.

Green roofing is a great and socially responsible idea, especially as commercial businesses are becoming better corporate citizens with sustainable development. However, challenges remain, and it will be interesting to see how Bay Area cities, municipalities, and the private sector work together to make green infrastructure work for everyone. In the meantime, however, there are other “green” ways to get up to code with clean water requirements, such as with bio-retention methods. Perhaps in 50 years sustainable development such as green roofs will become more common in the Bay Area, and not just exist on Facebook’s campus or the California Academy of Sciences. Until then, however, it is best to consider both the challenges and benefits on a case-by-case basis before investing in a green roof.