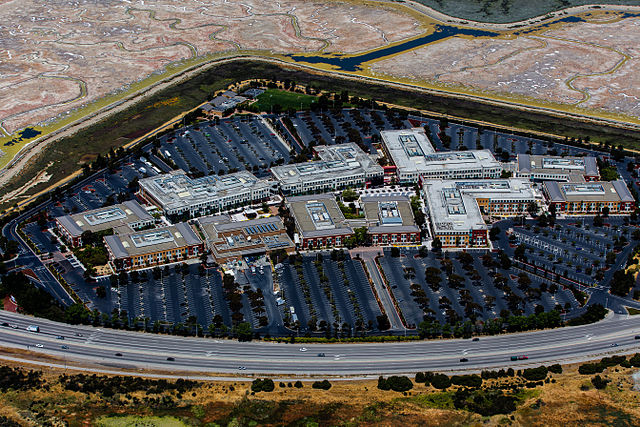 Sustainable development for growing high-tech companies in Silicon Valley signifies they meet their present needs without compromising the ability of future generations to meet their needs. But green building is not just a buzzword for Apple, Google, Facebook, and other technology giants–they are incorporating environmentally-friendly features into their new campus developments. However, the number of solar panels or the acres of green space in a new campus is not as important as the impact the development has on the surrounding community. Community-oriented development, or the creation of vibrant communities, is the number one sustainable development feature for new technology company developments.

Silicon Valley is privileged to be home to three of the biggest technology companies in the world: Apple in Cupertino, Google in Mountain View, and Facebook in Menlo Park. The most important factor to the surrounding communities, however, is whether the new tech campuses are developed with the future of community in mind.

Fitting Into the Community: New Apple, Google, and Facebook Campuses

Apple Inc., the largest company in the world, changed the face of the city of Cupertino, CA. Now they’re building a new spaceship-like campus in town, and residents will embrace thousands of new technology workers when the project finishes at the end of 2016. Residents and city leaders, though eager to welcome such growth, are concerned about Apple’s new campus’ potential impact on traffic and local charm. Apple said it would help alleviate increased traffic around the new site, and the City plans to improve pedestrian and bike paths. The City has also set aside more room for housing, by state regulation. But some residents do not like the added burden of growth in the town, and any expansion beyond Apple’s growth has generated backlash. In May 2015, the Cupertino City Council voted to restrict office expansion (except near Vallco Shopping Mall) amid community concerns about the impact of growth on traffic, schools, green spaces, and public transit.

Early in May, Google made its ambitious expansion plans known to the city of Mountain View, but the City Council rejected most of them. In late May, Google again filed plans, but this time for a project that was not a part of their original proposal. They are planning to construct a translucent domed headquarters on a site they acquired rights to before the City set limits on office expansion in the North Bayshore district. This is a district where thousands of technology workers travel to for jobs at Google, LinkedIn, Intuit, Microsoft, and other places. Google promises to ease City worries of increased traffic congestion by moving people around the district through biking and walking. The plans for the new building includes a publicly accessible nature path that will cut across the giant dome and connect pedestrians and bicyclists. But the City desires a holistic development plan that ties in housing, retail, offices, and public transit, and will hold community meetings this summer to help sort out how Google fits in.

Facebook’s newest campus in Menlo Park opened its doors in March and contains a nine-acre green roof, with a half-mile walking loop and 400 full-grown trees. The roof also has WiFi and whiteboards outside so employees can enjoy the California climate and work out-of-doors. But with its burgeoning size, Facebook knows the importance of connection with the community.  The City of Menlo Park’s vision is for mixed-use land development with publicly accessible housing, retail, and a hotel, all of which Facebook supports. Facebook executives also want to take advantage of trails, a railway easement, and a tunnel to better connect their campuses and the surrounding Menlo Park neighborhood.

Apple, Google, and Facebook each realize that the surrounding community will be significantly affected by development. The shift from insular Silicon Valley campuses to those that simultaneously create vibrant communities within and around them is what every Bay Area city wants. Incorporating a city’s vision for community-oriented building will be the best way to go forward in the future, and is the number one sustainable development feature for every new Silicon Valley technology company.

By Austin McKinley (Own work) [CC BY 3.0 (http://creativecommons.org/licenses/by/3.0)], via Wikimedia Commons